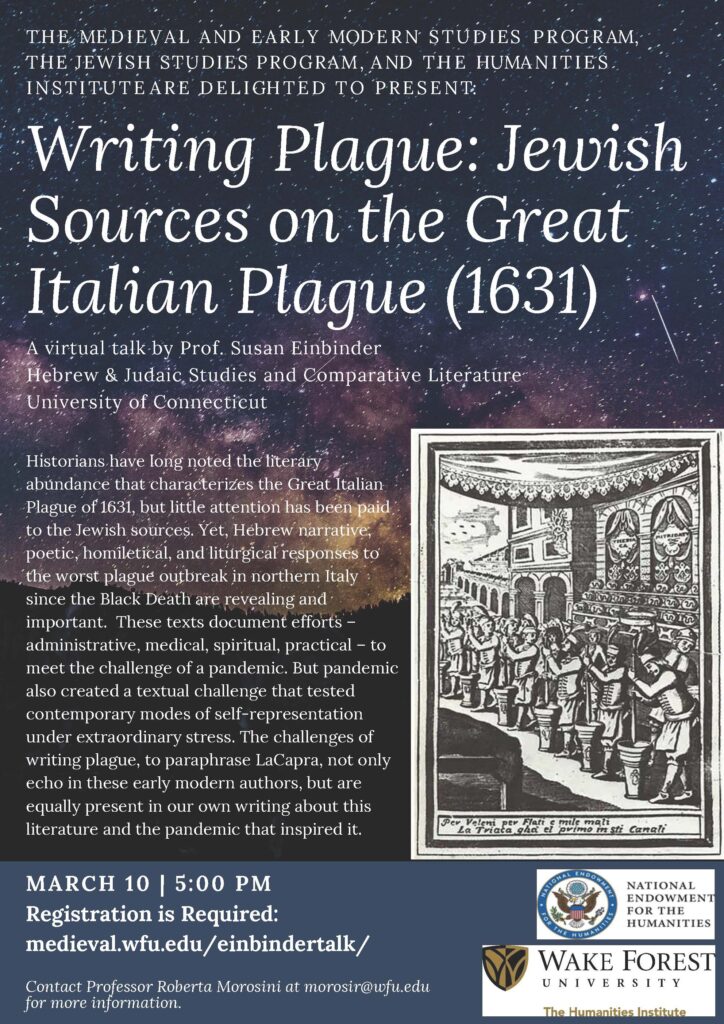 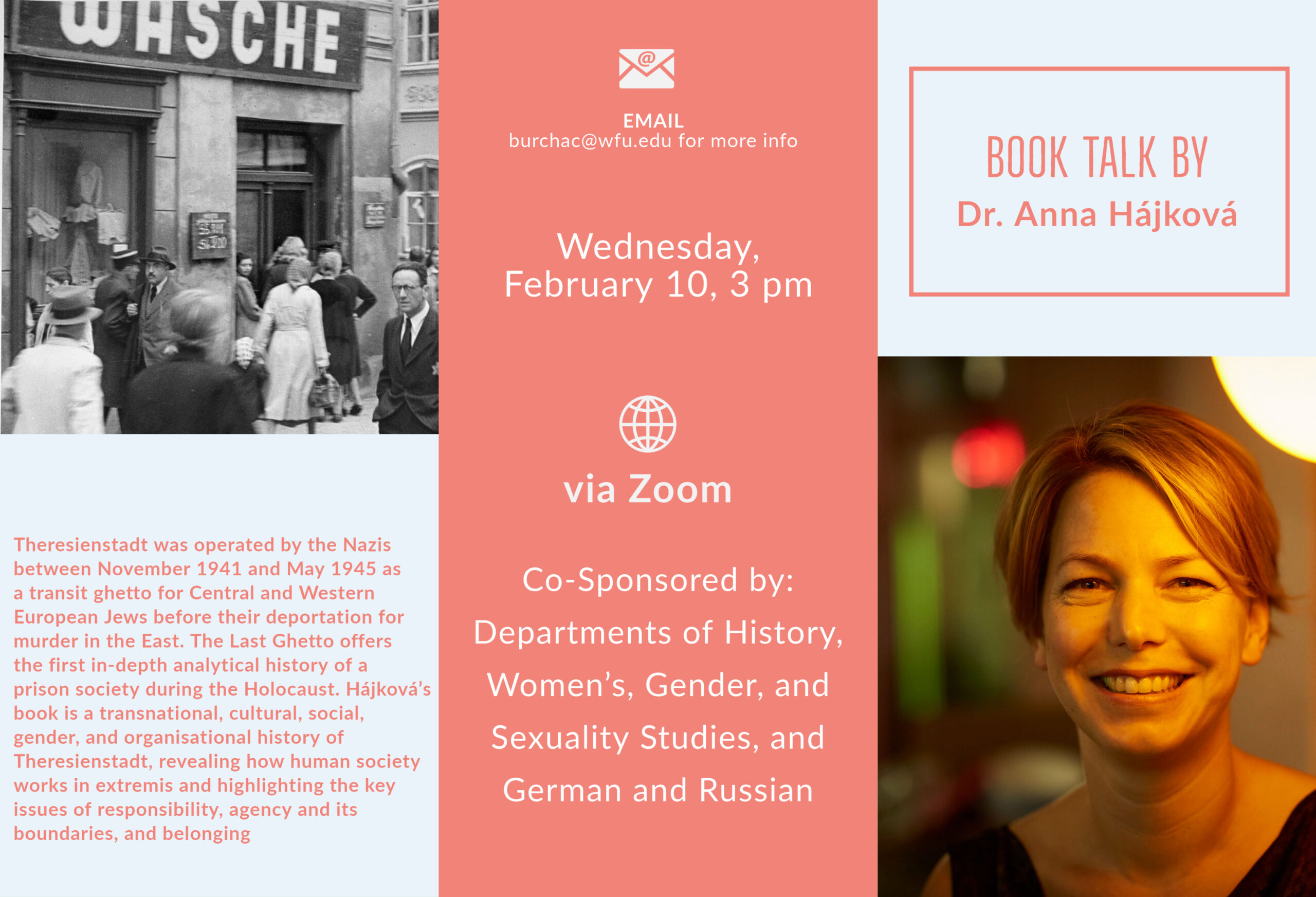 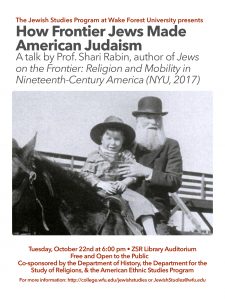 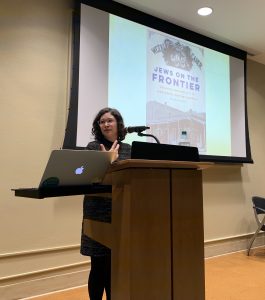 This collaboratively taught course investigated the long and often contested histories of the region that is simultaneously known as Palestine and Israel. It began by examining this history from ancient times through the Middle Ages and discussed how competing historical narratives have factored into contemporary debates over national sovereignty. Subsequent sessions explored the rise of Jewish and Palestinian Arab nationalisms, British rule over Palestine after World War I, the Nazi Holocaust, the founding of the state of Israel and the Palestinian Nakba in 1948, and the ongoing conflict between Israel and Palestinians. Understanding Palestine & Israel will brought together seven faculty members from Wake Forest University’s Middle East and South Asia Studies Program and Jewish Studies Program to provide a wide range of disciplinary approaches and scholarly perspectives to the study of this contentious issue. 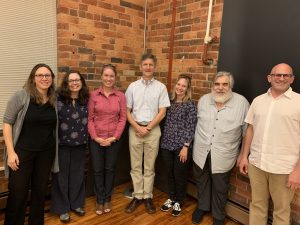 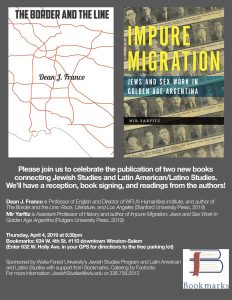 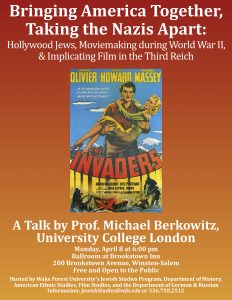 • Antisemitism in the Age of Trump: A Roundtable Discussion with WFU Faculty

In light of the attack on the Tree of Life synagogue in Pittsburgh, the Jewish Studies Program at Wake Forest University presented a roundtable discussion entitled Antisemitism in the Age of Trump on Thursday, November 29 at 6:00pm in the Byrum Welcome Center. Six Wake Forest faculty members explored how the current political climate is contributing to a resurgence of antisemitism both in the United States and globally. They discussed how religious and racial concepts have shaped Jewish identity in America, how antisemitic caricatures have persisted over the last century, and how the recent immigration crisis has become intertwined with debates about Jewish participation in American politics. 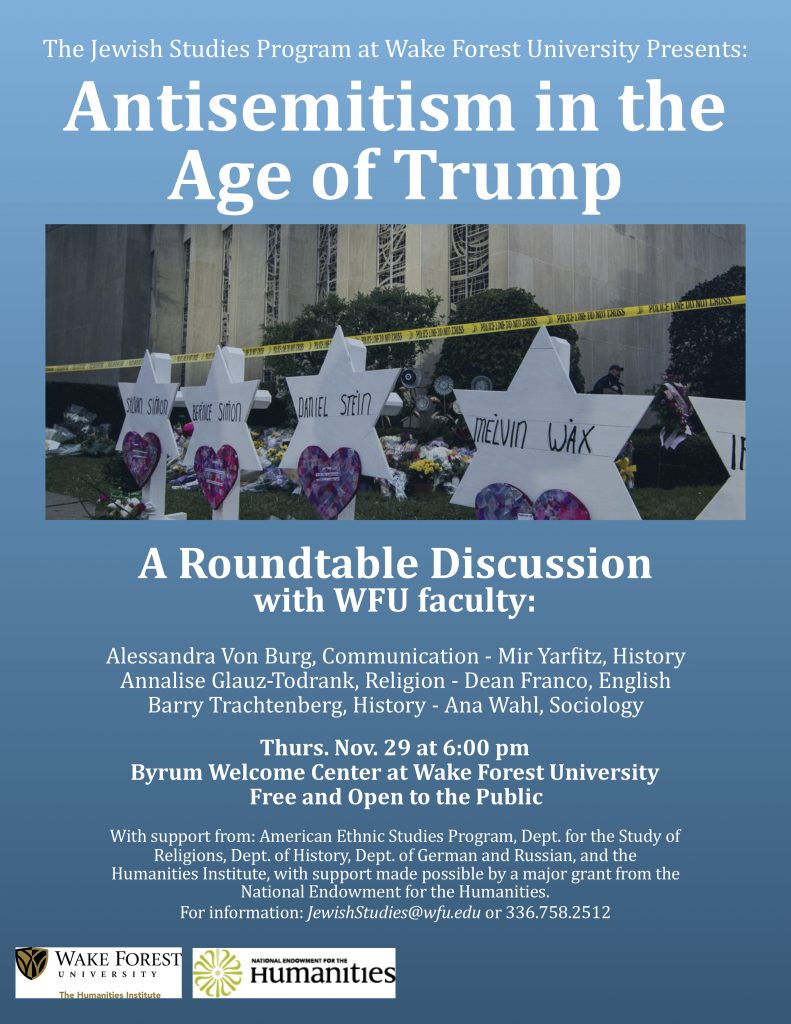 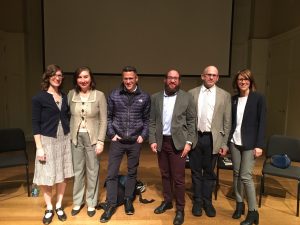